Building bridges between people who have no voice and the big wide world, one word at a time. 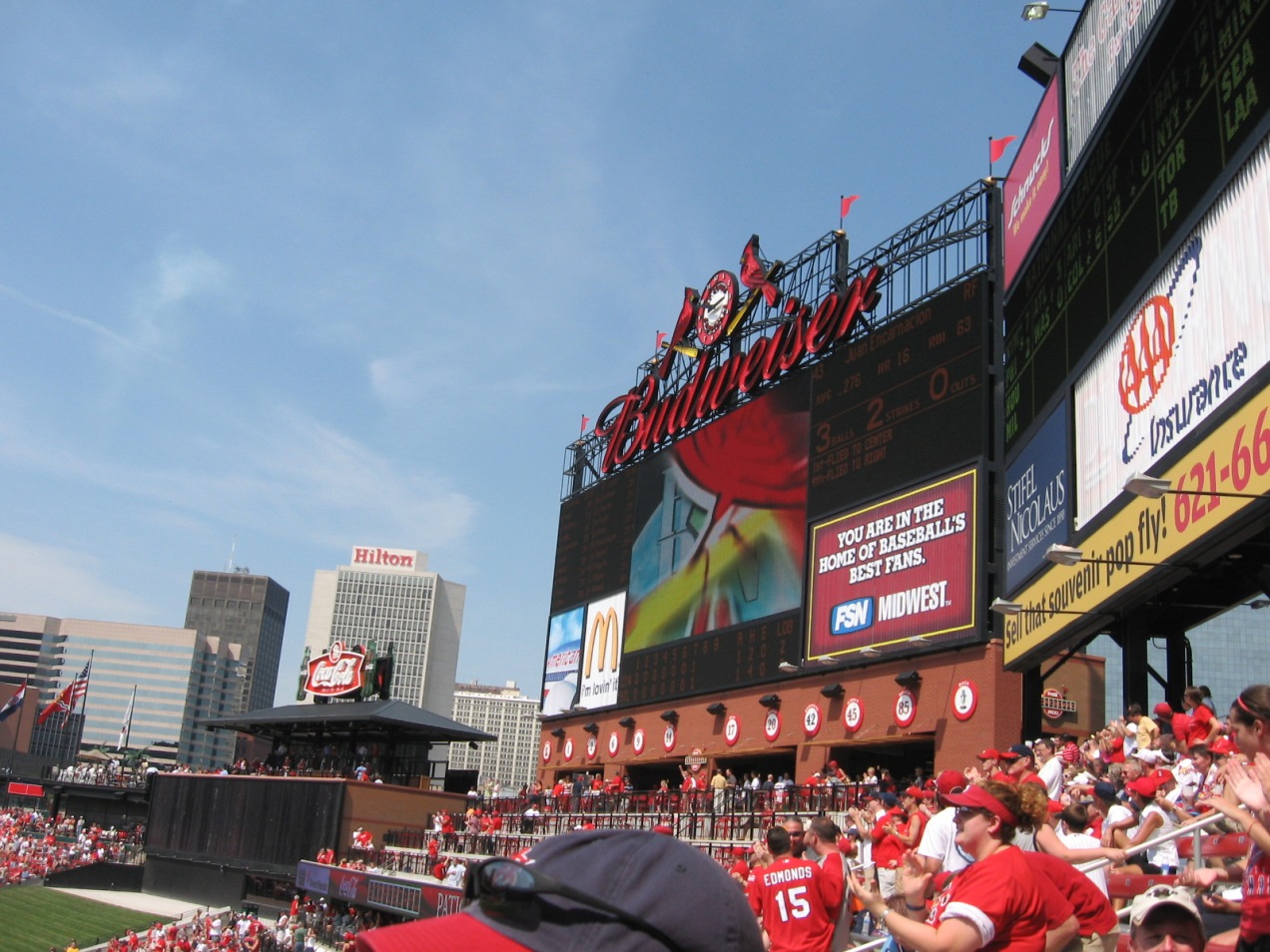 I grew up in mid-Missouri, exactly halfway between St. Louis and Kansas City on Interstate 70. I am at heart, though, a St. Louis girl. I’m a Cards fan, I prefer Schlafly to Boulevard, Forest Park to Loose Park. Both sides of my family are from St. Louis, my dad’s from the far north ‘burbs (you know, up there by the infamous Ferguson?), my mother from the south. So many of my childhood memories are of St. Louis. I went to college there, became an adult there. It’s so deep in my DNA that I often feel more connected to it than I do to my own hometown. 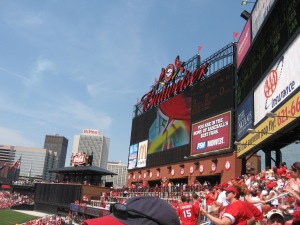 There are things that are so quintessentially St. Louis that stick in my memories: the particular smell of the tar used on the roads in my grandparent’s cul-de-sac, the sound of Jack Buck’s voice on KMOX on my grandpa’s radio while he tinkered away on some car or another, the curvy neon signs that lined the roads advertising motels or car dealerships. My mom’s parents lived a few blocks away from the stables where the Clydesdales resided, I loved peeking though the back fence and watching those mammoth animals graze. (Incidentally, my hometown is now where the babies grow up.) 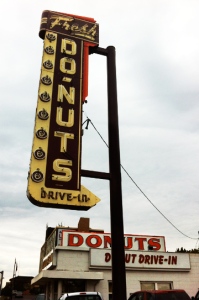 My grandma worked as an admin for years (I don’t knowhow many, but my entire life until she retired) for Anheuser-Busch. I remember this because A) there was AB shit all over their house (notepads, notebooks, beer cozies, beach towels, jackets, t-shirts, glasses, playing cards, stuffed Spuds McKenzie’s and they crown jewel was this Clydesdale lamp thing that I loved) and B) their refrigerator was always chock-full of beer. Every time we visited they sent us home with some until my dad finally admitted that he didn’t like Busch or Budweiser or Michelob.

Actually, now that I think about it, I can count at least half a dozen family members that worked at AB in some capacity—brewers, janitors, electricians, chemists, IT guys.

I started writing reviews of undiscovered places to get cheap drinks in St. Louis when I was in my twenties. 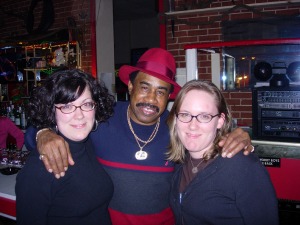 I went into a lot of dive bars. These are not the dive bars that hipster Seattleites talk about, these dive bars were not cultivated by a restaurateur or guitarist-cum-bartender. These were authentic, hole in the wall places that did not cultivate anything except intoxication. Most of them served beer in a can (and you would be glared out of the bar if you asked for a Miller), liquor straight, allowed smoking anywhere on the premises and would sell you a pickled egg for a buck. And I swear I saw that Clydesdale lamp EVERYWHERE.

It was a sad day for St. Louis when InBev bought AB. It was like losing a piece of the city’s heritage. I didn’t live in St. Louis anymore when this occurred but I remember a lot of worry about layoffs, etc. For good reason.

My mom told me a story over the holidays about a cousin who’d worked at AB for forty years as a chemist. One day recently an executive showed up and escorted their entire department out. That was it, after forty years. You show up for work and you’re done.

I just heard that AB/InBev bought the Elysian Brewing Company in Seattle, a long-standing microbrewery that’s been around for nearly 20 years. Twenty years! Twenty years ago no one knew what microbrews were. And now they’re selling to the behemoth that is slowly gutting a St. Louis institution.

Let me be clear. I am not particularly attached to Anheuser Busch. I don’t necessarily feel nostalgic or warm fuzzies when I think about the brewery or the memorabilia. It’s like anything else you grow up with—you just know it’s going to be there, you don’t miss it or even notice it, it’s just a constant. 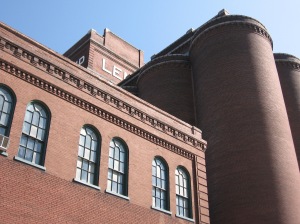 I never really drank their beer—for many reasons, but mainly because I don’t like it. More recently, I refused because it felt traitorous.

I am not a business analyst; I do not profess to give a shit how much money anyone makes on any particular acquisition. If it hadn’t been InBev, Elysian would have sold to someone else and I probably would have shaken my head and forgotten it.

This is an emotional reaction. It’s like that feeling you get when you catch your parent or teacher doing something shitty—that profound, foundation-rocking disappointment and disillusionment. You knew Mr. Sanders could be an asshole, sometimes he could fly off the handle, but this—it was beyond comprehension. Suddenly you question everything you remember…

That’s a bit dramatic. But you know what I mean? When an institution suddenly crumbles, it shakes things up.

Emotionally, I refuse to drink anything InBev produces because they are assholes. Not that the brewers of Pabst or Miller or Rainier are any better. But this feels personal.

They better not fuck with my Clydesdales.